Looking to make a positive impact on the future for Chicago's West Loop neighborhood, 525 West Van Buren understood the long-term effect of modernizing their lobby's presence and reached out to TPG to help bring their building into a new age of architecture.

525 West Van Buren is a Class A office tower located in the heart of Chicago’s West Loop neighborhood. In recent years, the area has undergone a period of urban renewal, led by the redevelopment of the city’s historic Union Station and the long-vacant Post Office. With the region anticipating more attention, TPG was engaged by the building’s owner to reimagine the building’s lobby presence, keeping in line with the same characteristics as seen in the surrounding, rapid development.

Despite the floor to ceiling windows around the perimeter, the lobby’s former interior carried a dark atmosphere. In the redesign, our team’s approach involved stripping the existing space of what appeared to be arbitrary embellishment, with an emphasis on celebrating the building’s dynamic attributes – the high ceiling and granite wall backdrop. At the center of the lobby was a wood feature wall, which once demolished, opened site lines and now exposes a structural assembly. These columns and the diagonal truss are now seen as a unique, sculptural focal point.

Another challenge of this project involved activating the multiple entrances and areas of the lobby without obstructing the sightlines to the street. For this, the team created a 360-degree security desk anchored to the right with custom lighting overhead. These elements are echoed in the new feature staircase at the other end of the lobby, which now connects the main level to the coffee bar on the mezzanine. In place of a newsstand in the center of the space, a new amenity and lounge area provides an area for respite for guests. 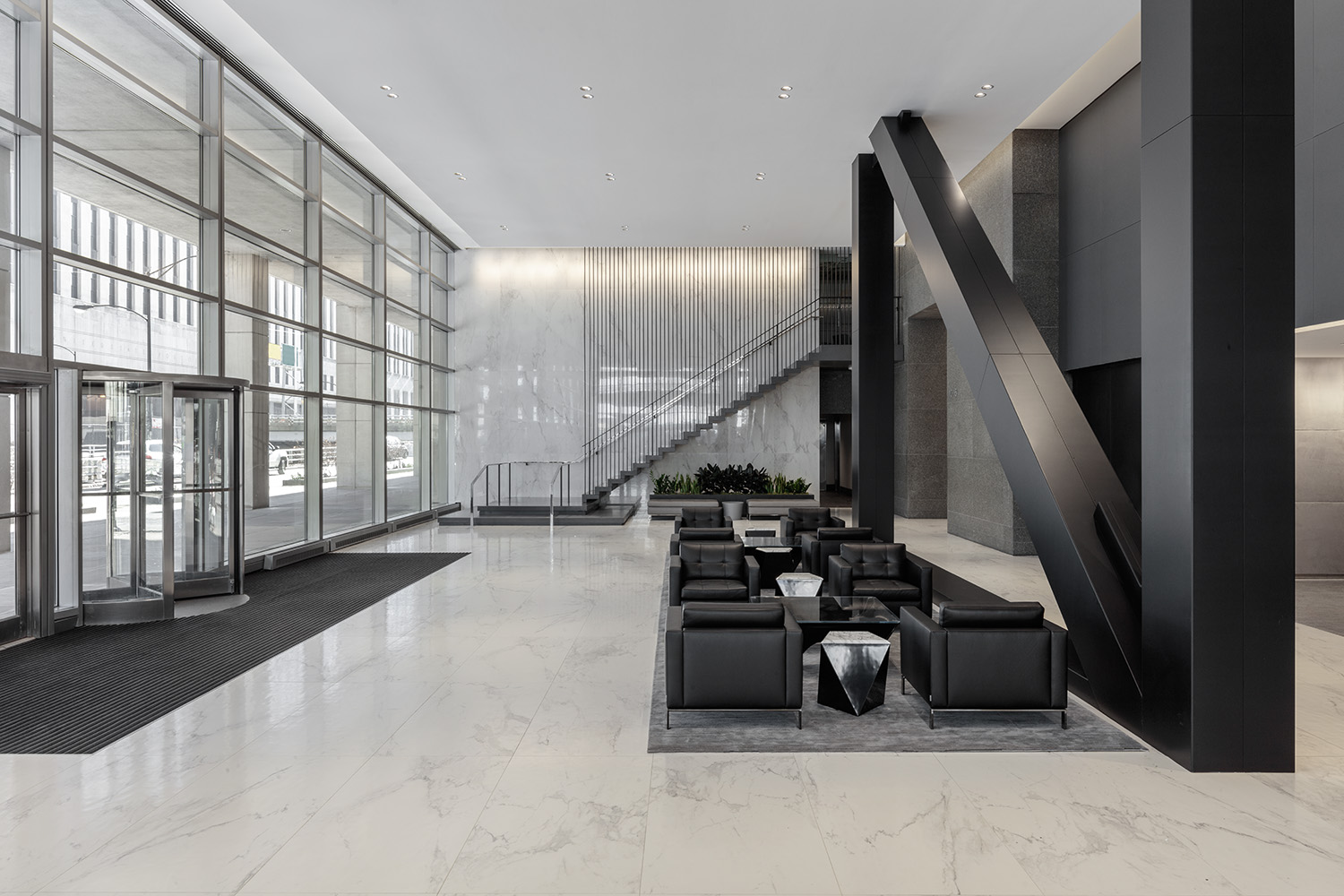 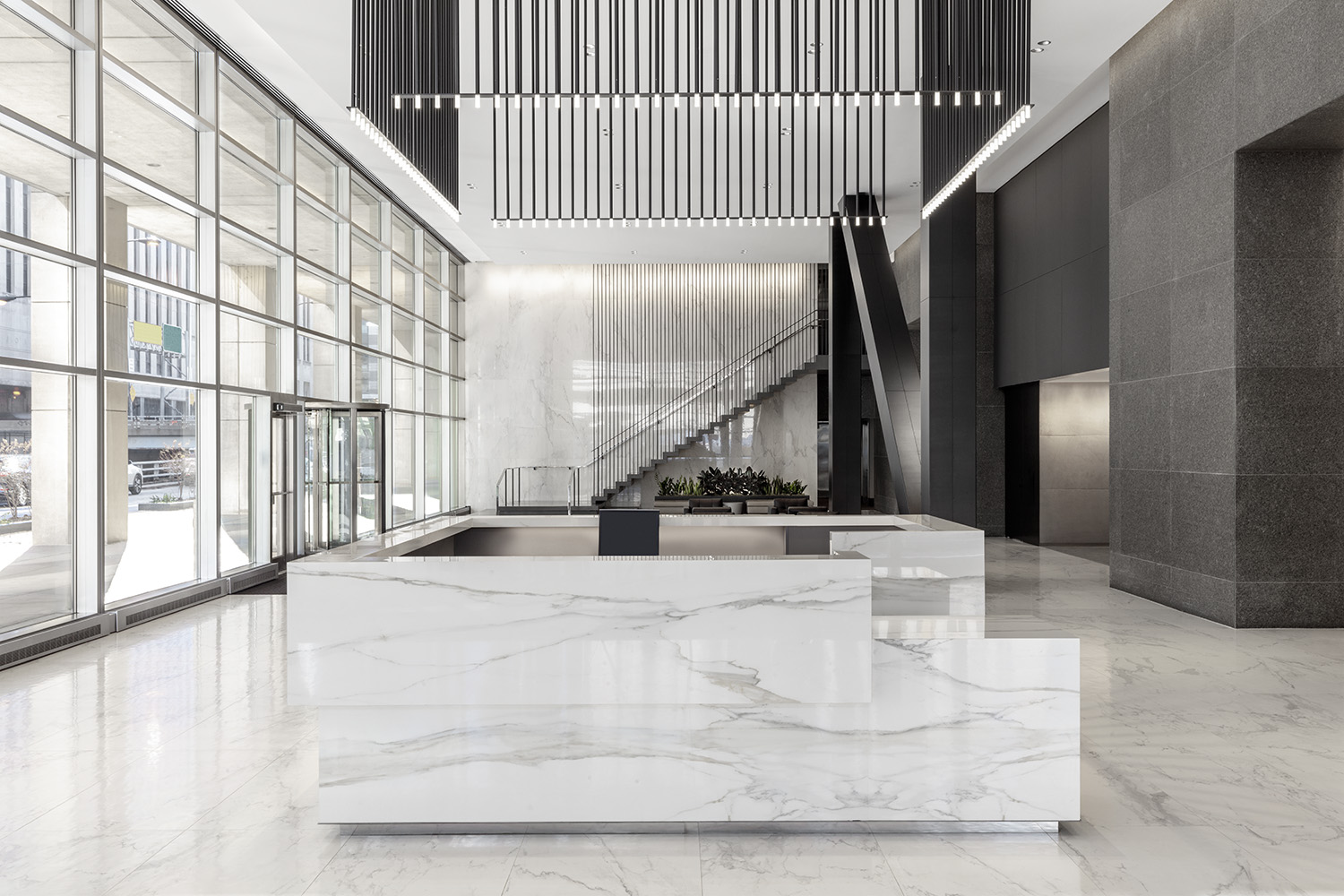 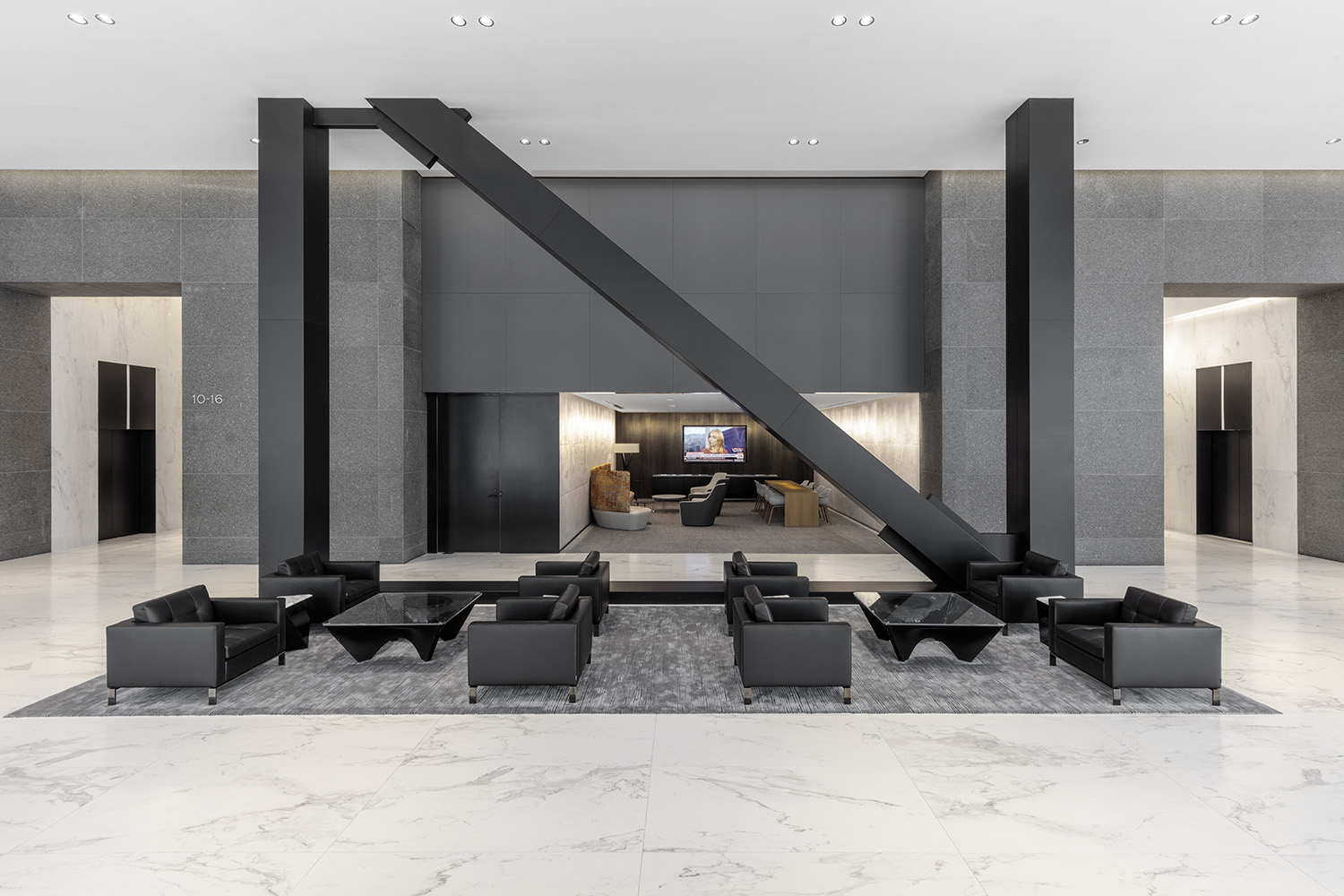 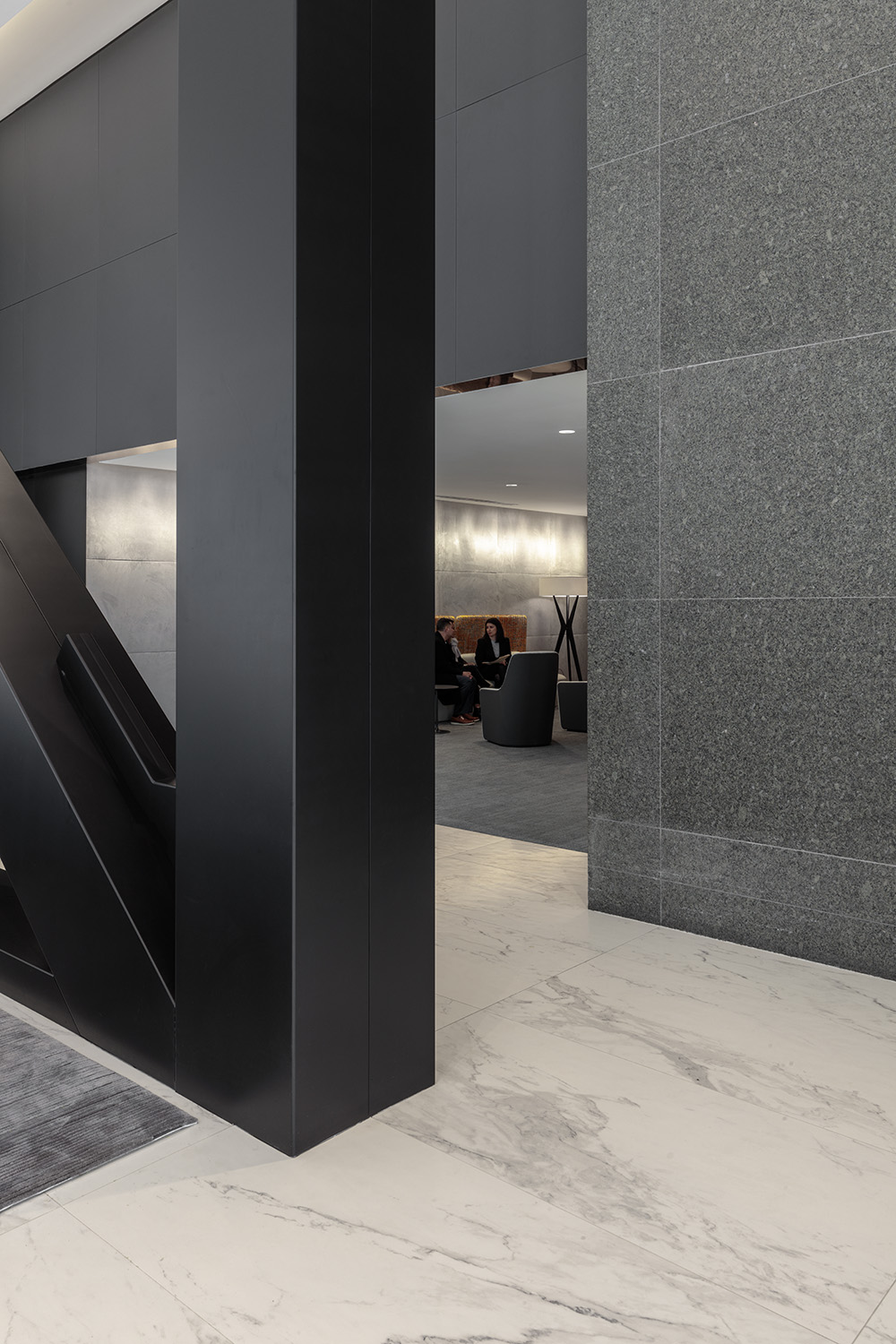 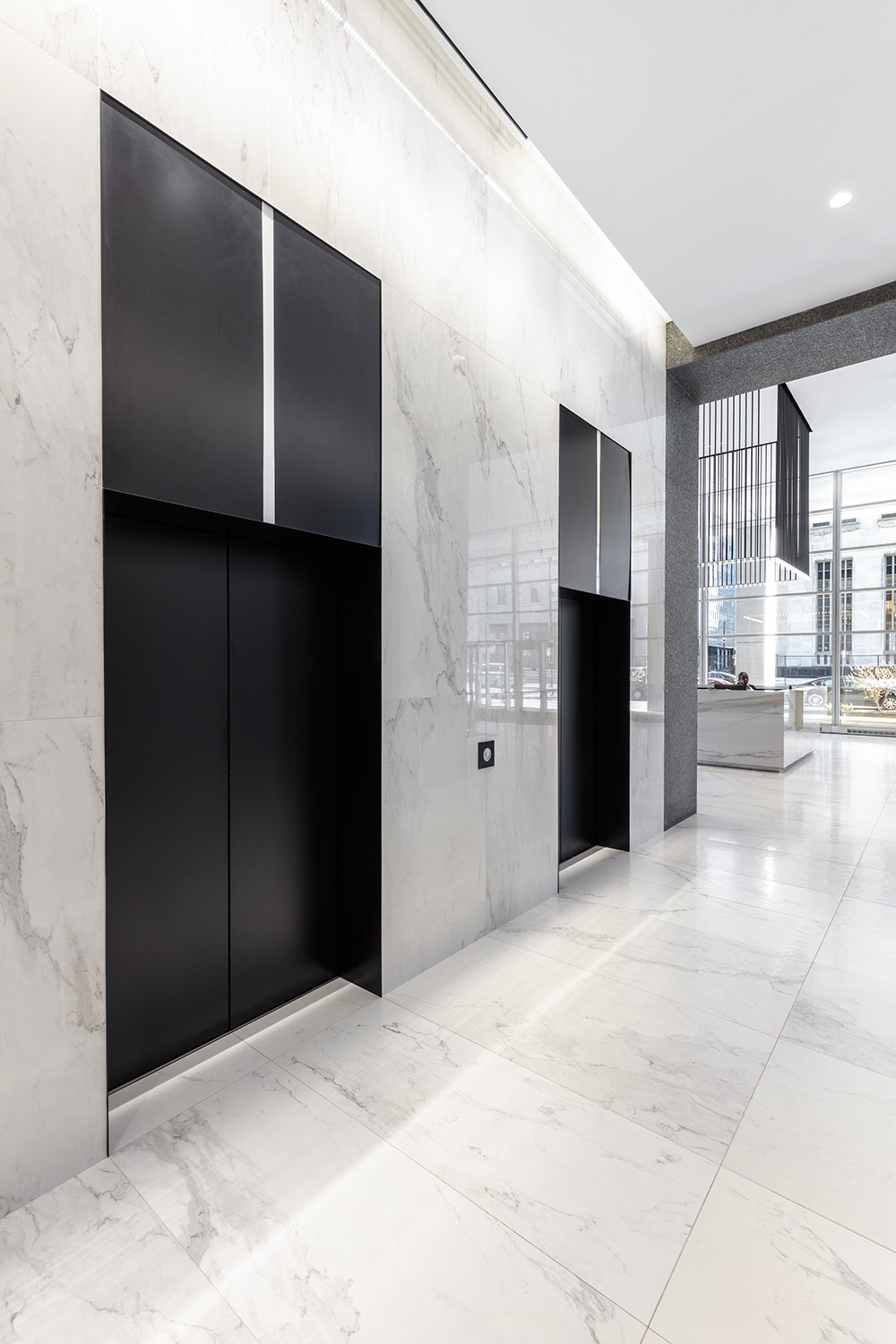 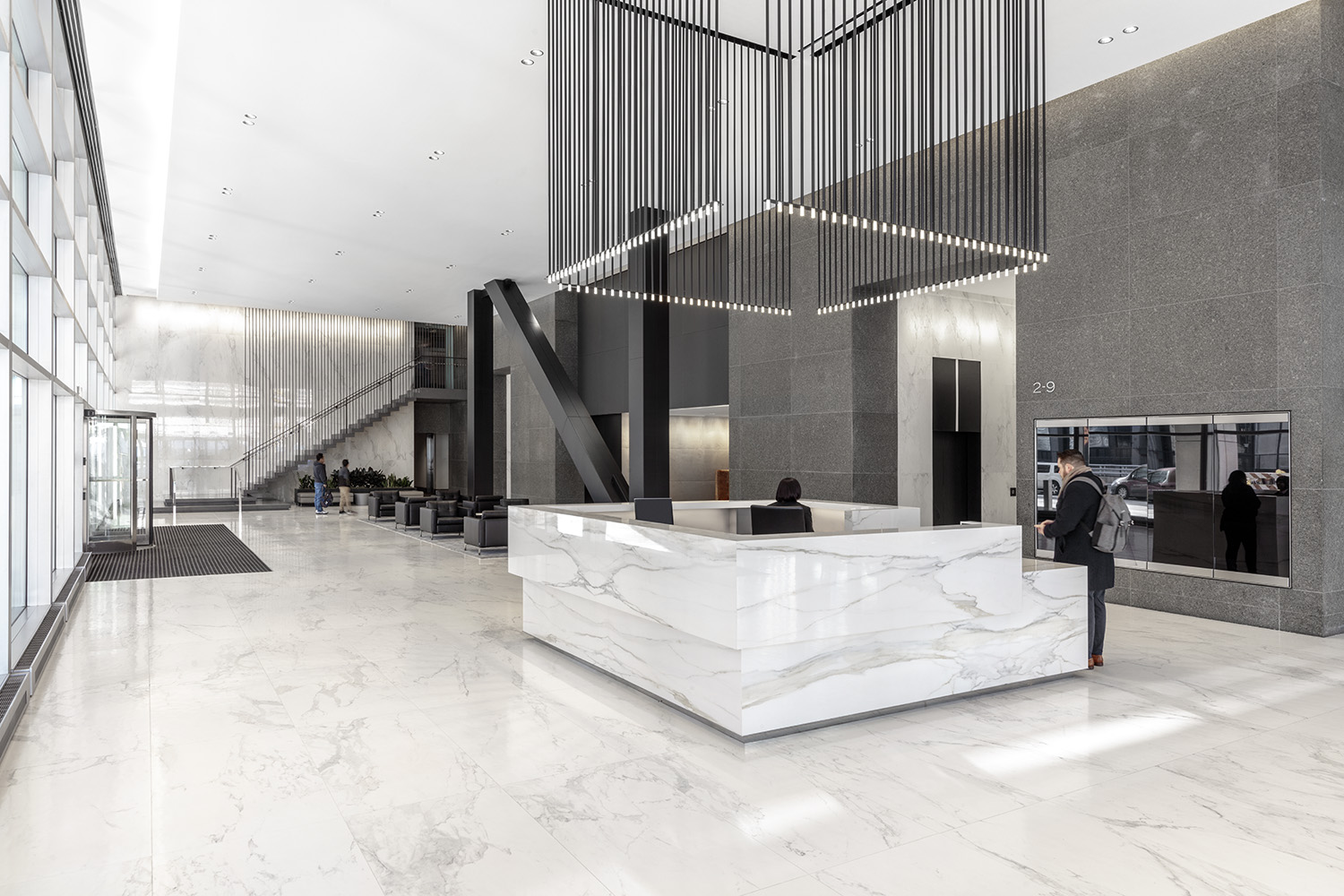 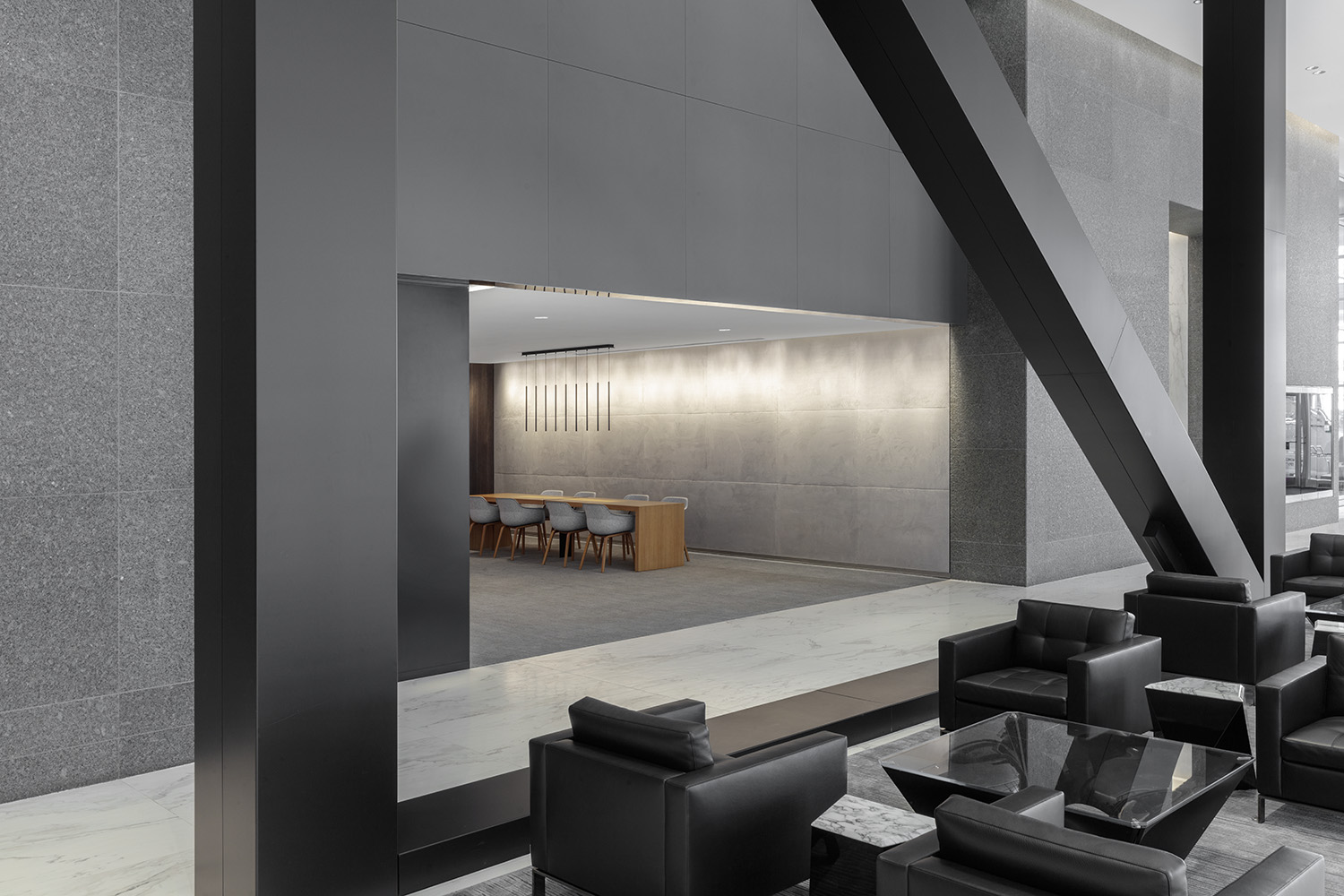 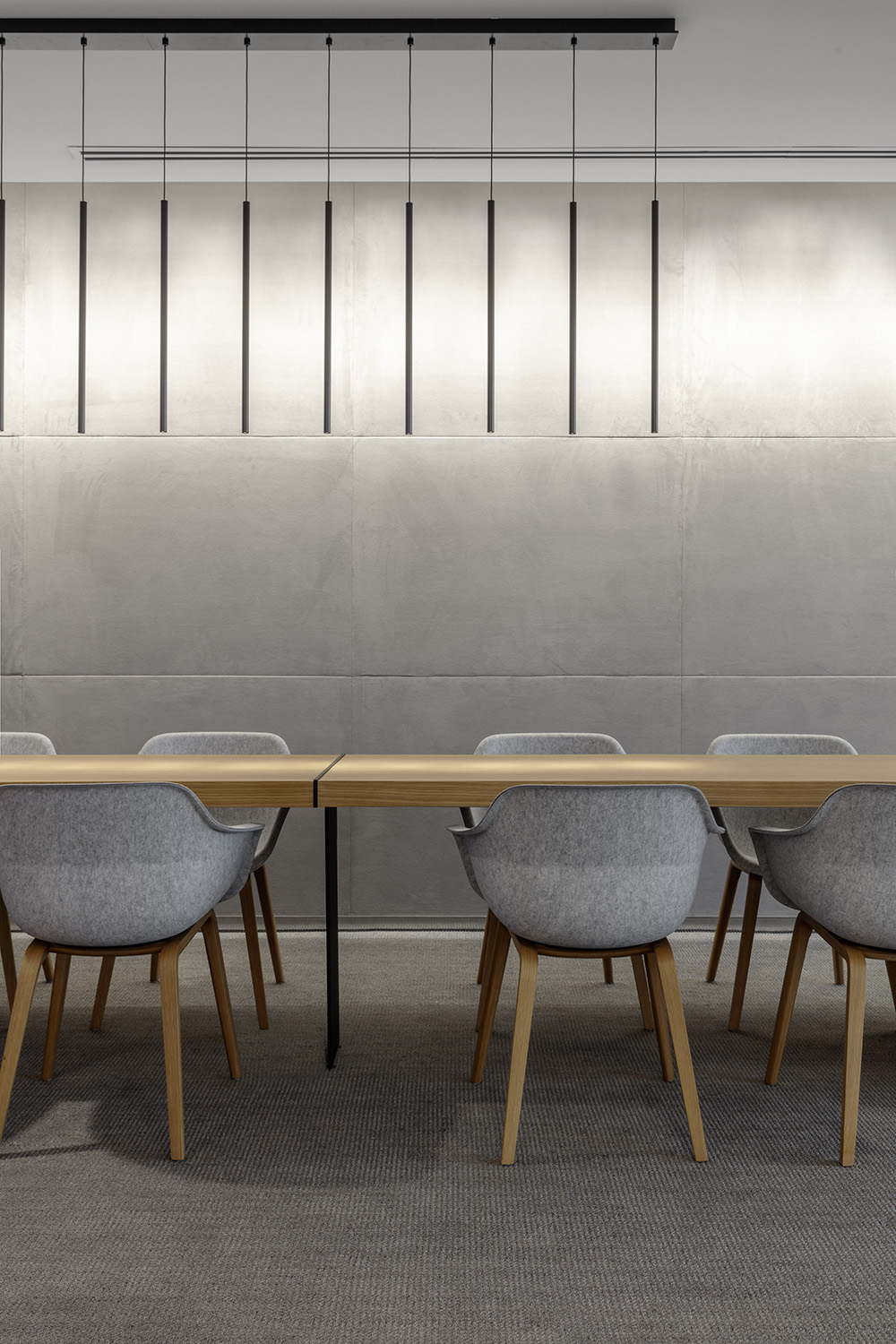 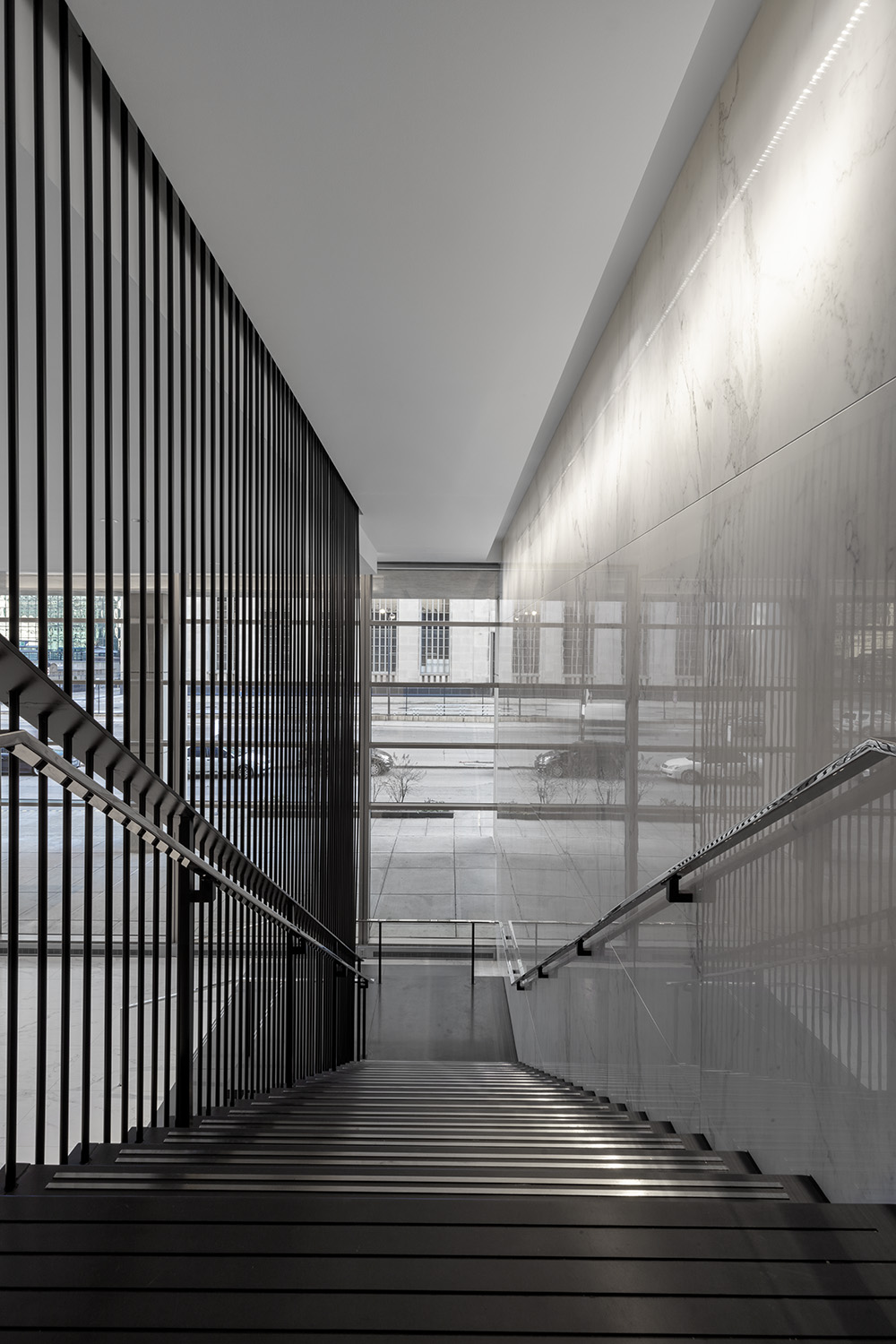