TPG designed a new workplace for Lufthansa that honors the company's strong legacy as it moves into the future.

Since the early 1970s, Lufthansa’s North American headquarters was located in East Meadow, NY. Over the years, the office has welcomed generations of Long Islanders to create a family-oriented culture and a historic legacy. Looking to create a cost-effective, sustainable change, Lufthansa decided to sell its building and move into a multitenant modern facility at 625 RXR Plaza in Uniondale, and called upon TPG, with whom they shared an ongoing 15+ year relationship, to provide architectural and design services.

During the initial exploration sessions with staff, TPG’s Strategy Studio was tapped to uncover the ultimate project vision for the new office. The team discovered it was important that the organization preserves its strong legacy as it moves into the future. Additionally, the design needed to create a dynamic space that reflects the brand, celebrates diversity, and instills pride for both visitors and staff.

The new office is spread across three floors and carries a fresh, modern atmosphere. The reception area extends into the main café, creating a welcoming open collaborative entry. With the introduction of an open plan, more huddle rooms and casual meeting areas around the perimeter could be incorporated. To form a sense of cultural unity and pride among all staff, the team wanted to create more aviation-inspired touches such as labeling the conference rooms with global airport codes. Additionally, the Branding and Graphics Studio made a beautiful cloud graphic and large travel images from the Lufthansa’s database to further infuse the design theme. 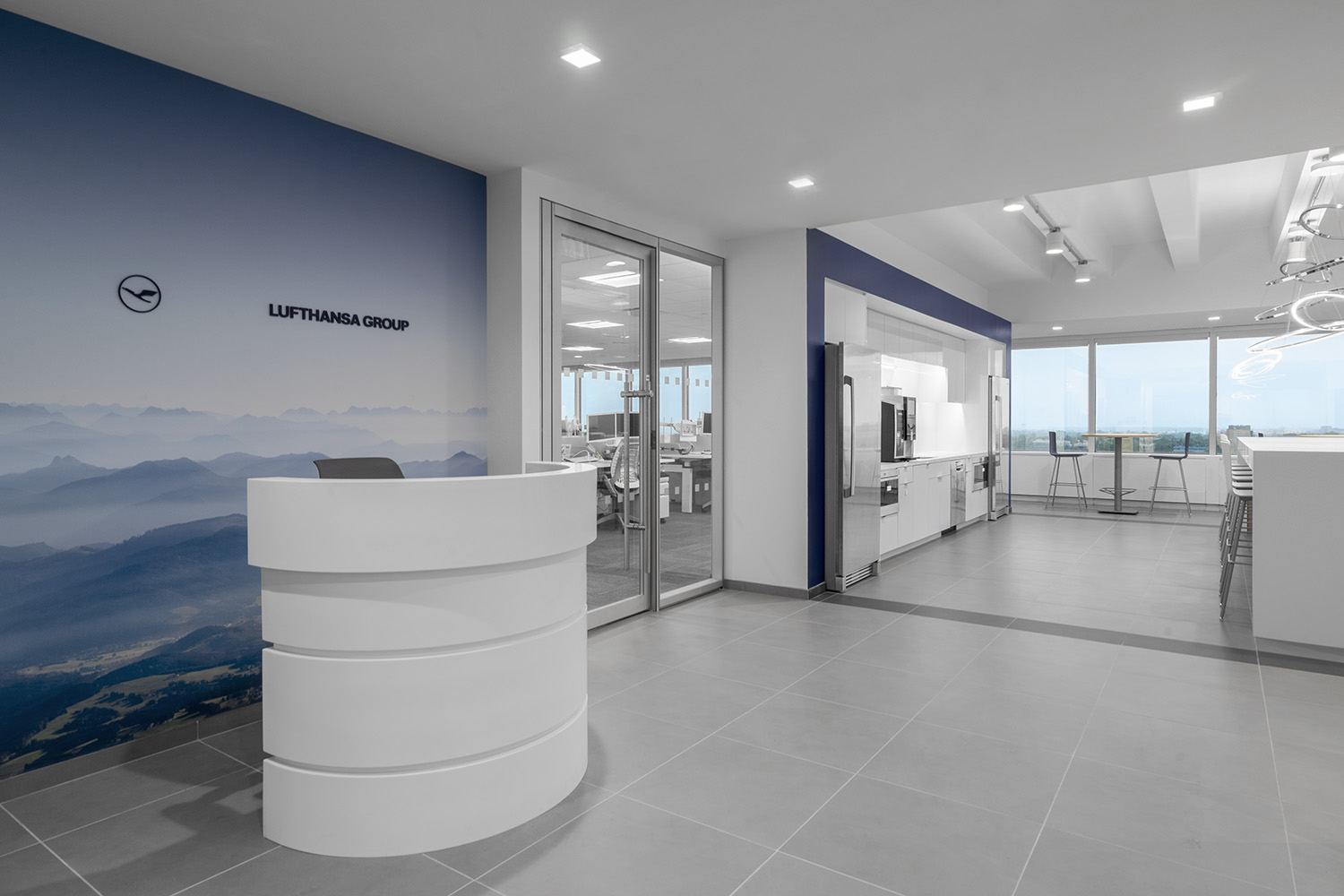 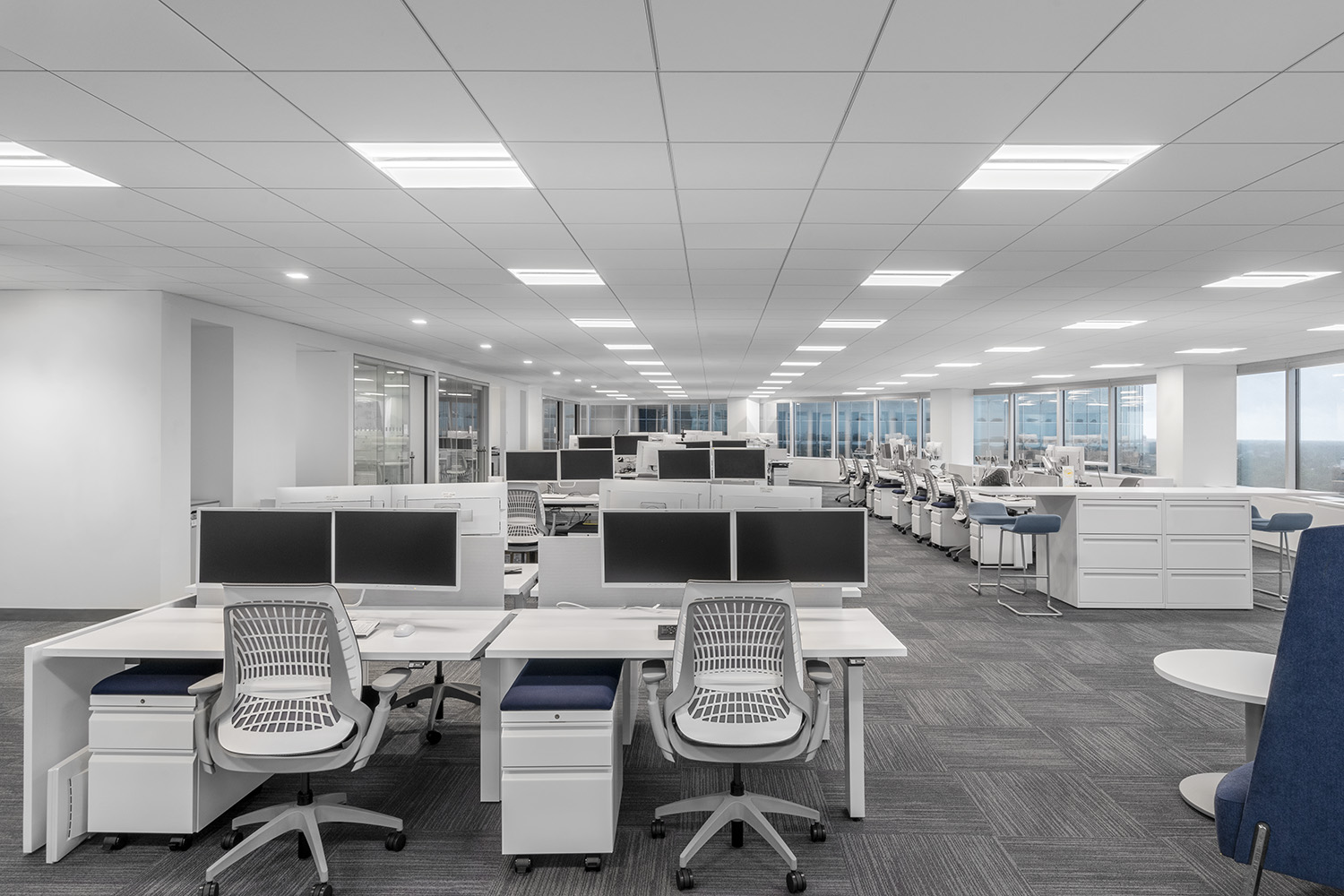 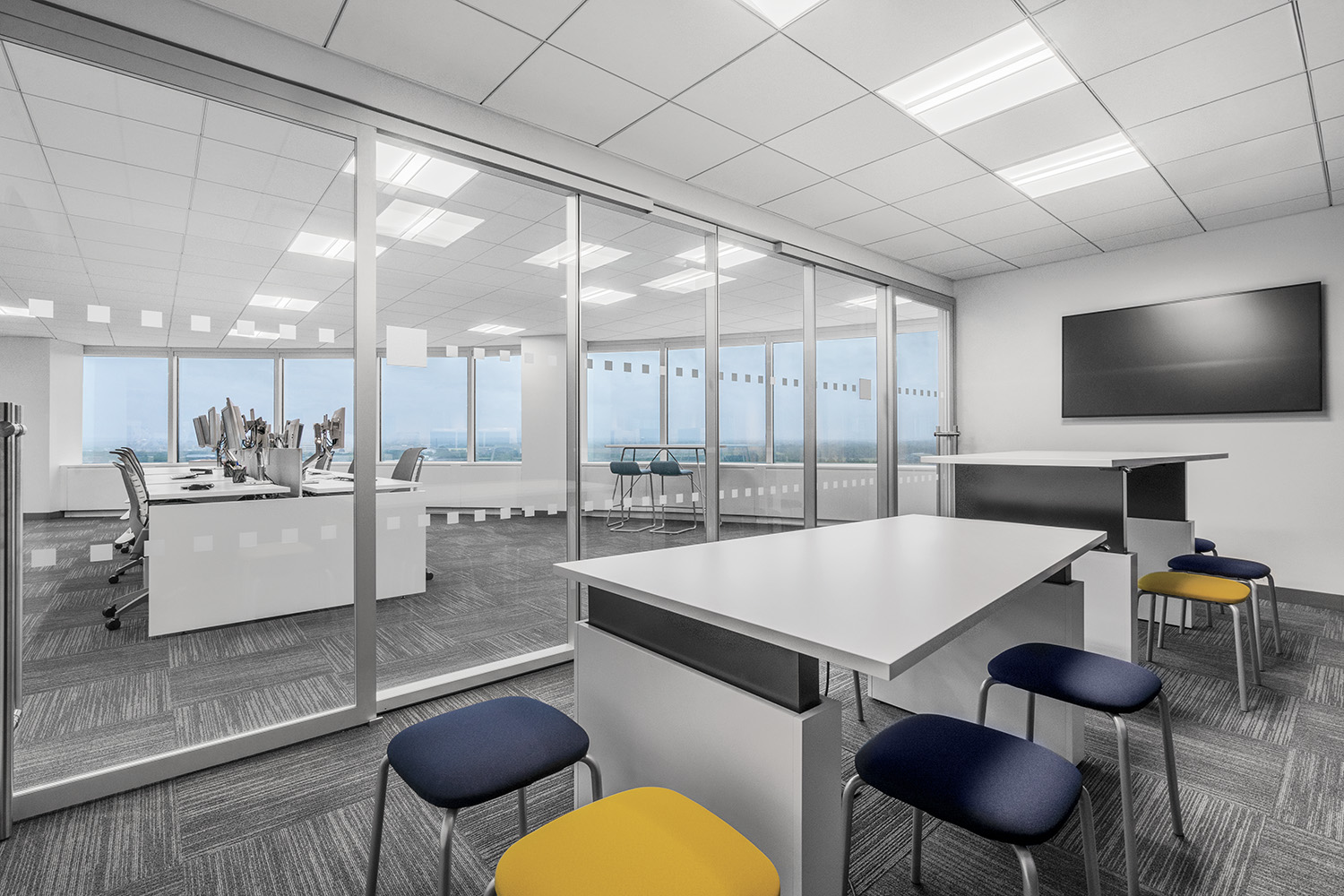 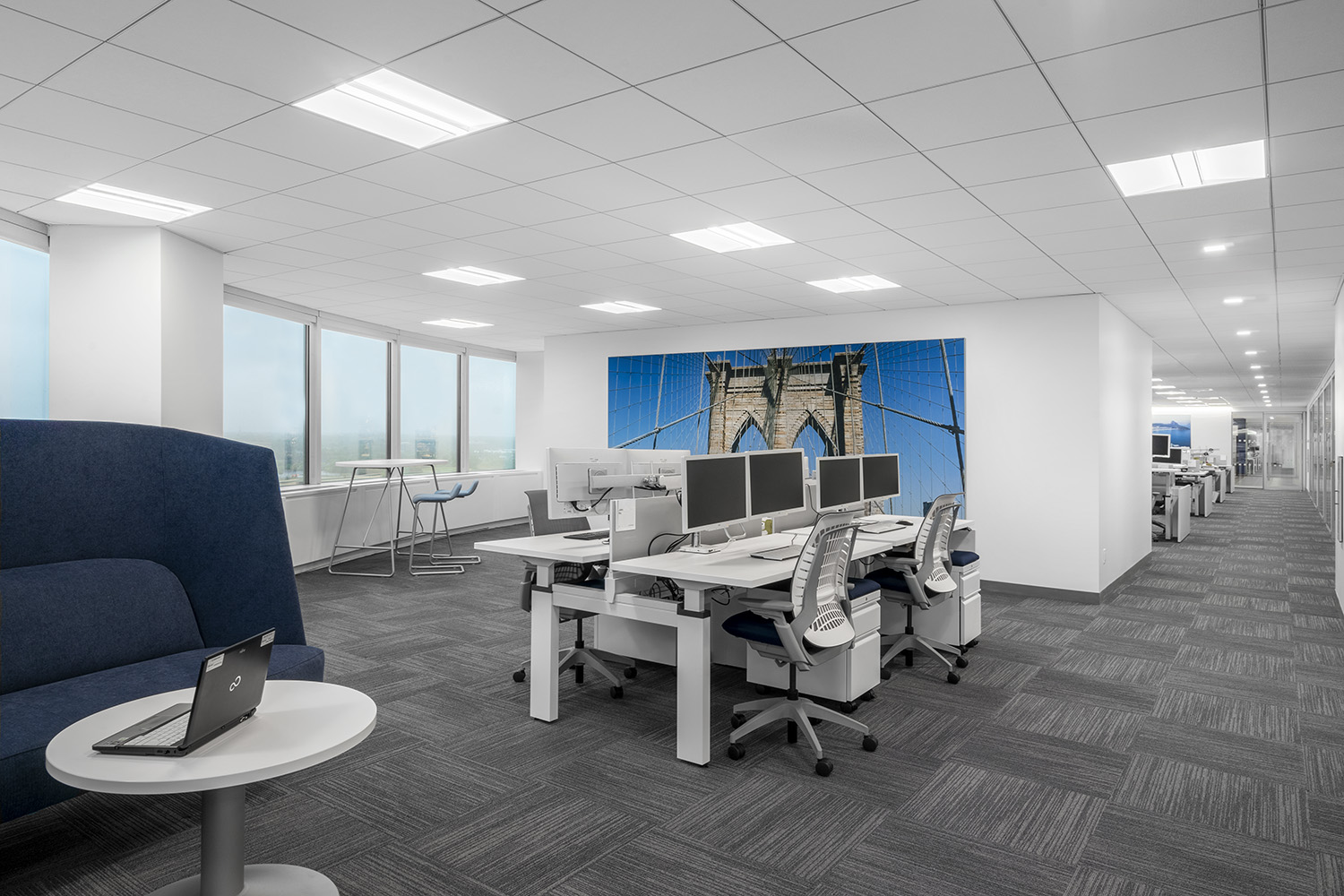 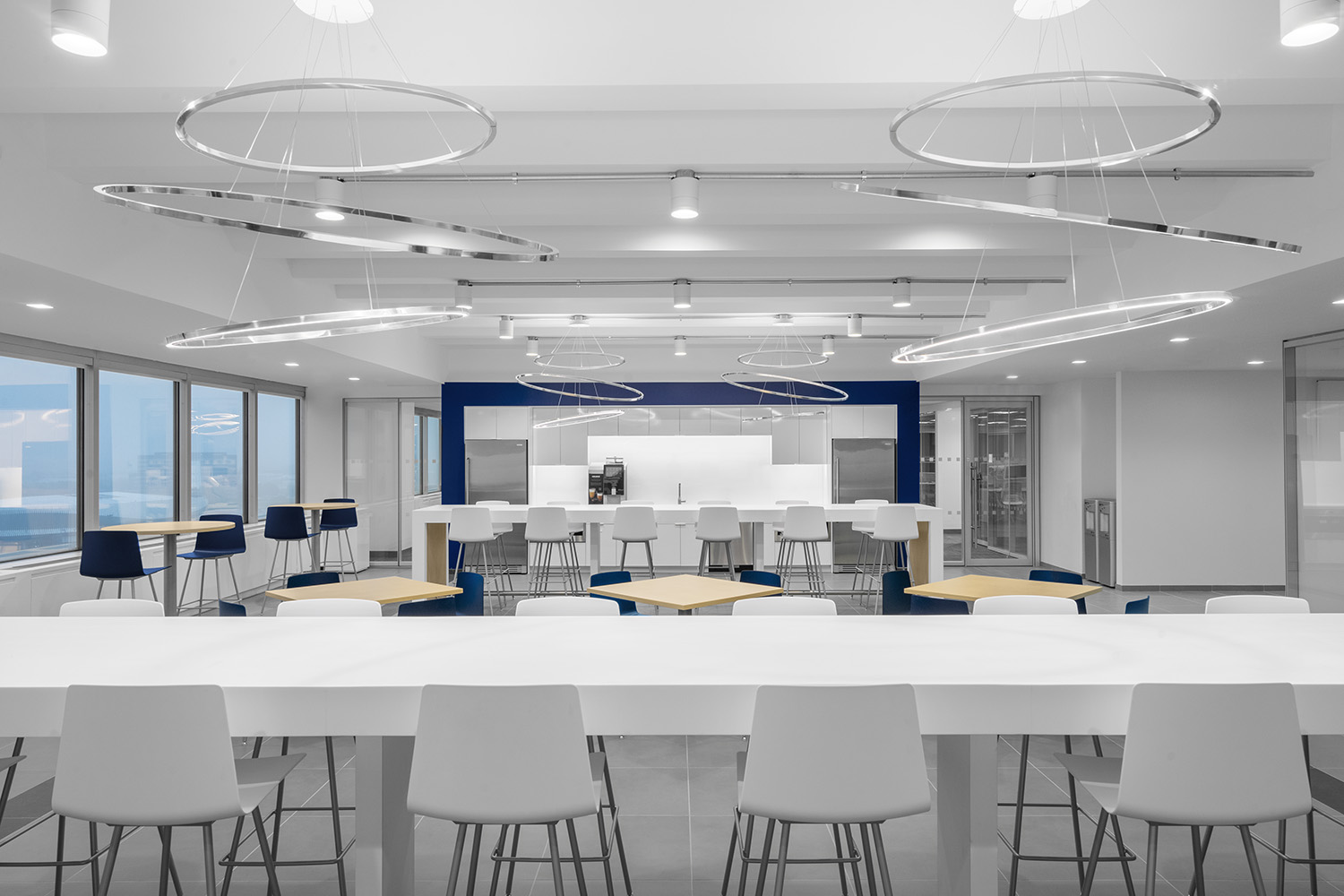