Redesigning a 1920s building on a prominent NYC corner.

TPG designed a new 4-story retail building, known as the Manufacturers & Builder’s Building (M&B Building), at the prominent, highly visible corner of 57th Street and Third Avenue in Manhattan, for property owner Marx Realty. Marx Realty is a family-owned business that develops, owns, and manages office, retail, and other commercial properties across the country.

Marx has owned the site at 201 East 57th Street since the 1920s. Originally, two pre-war, low-rise buildings occupied the property. Built in 1874, the site was previously a mixed-use building with a store on the ground floor and apartments above. The new glass-box shape of the M&B Building was based on the air rights, as the rights from this site were previously sold to the adjacent property. The design intent for the M&B Building was to be viewed as one smooth continuous glass object, intended to be used as retail space. The perimeter columns are set-in from the perimeter and therefore not visible from the outside. The front lobby was designed with panels of white marble stone from Italy, a custom marble reception desk, and a slate floor with a two-tone finish.

Currently, a lighting design store and retail bank occupy the ground floor retail space, while furniture and design showrooms are situated on the second and third floors. The fourth floor was intended to be a restaurant space with a rooftop terrace, but it is now being used by Worldwide Holdings to market model apartments. 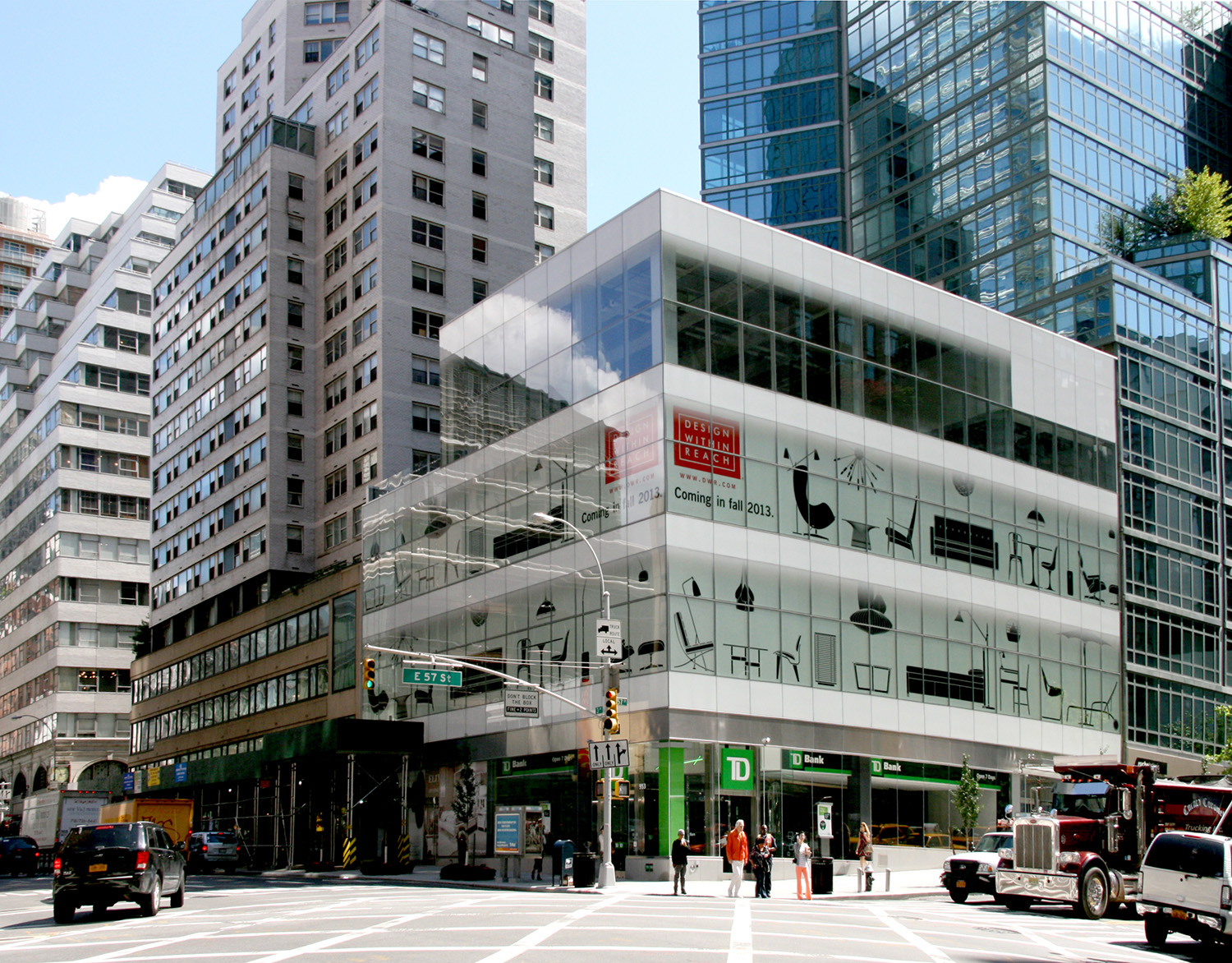 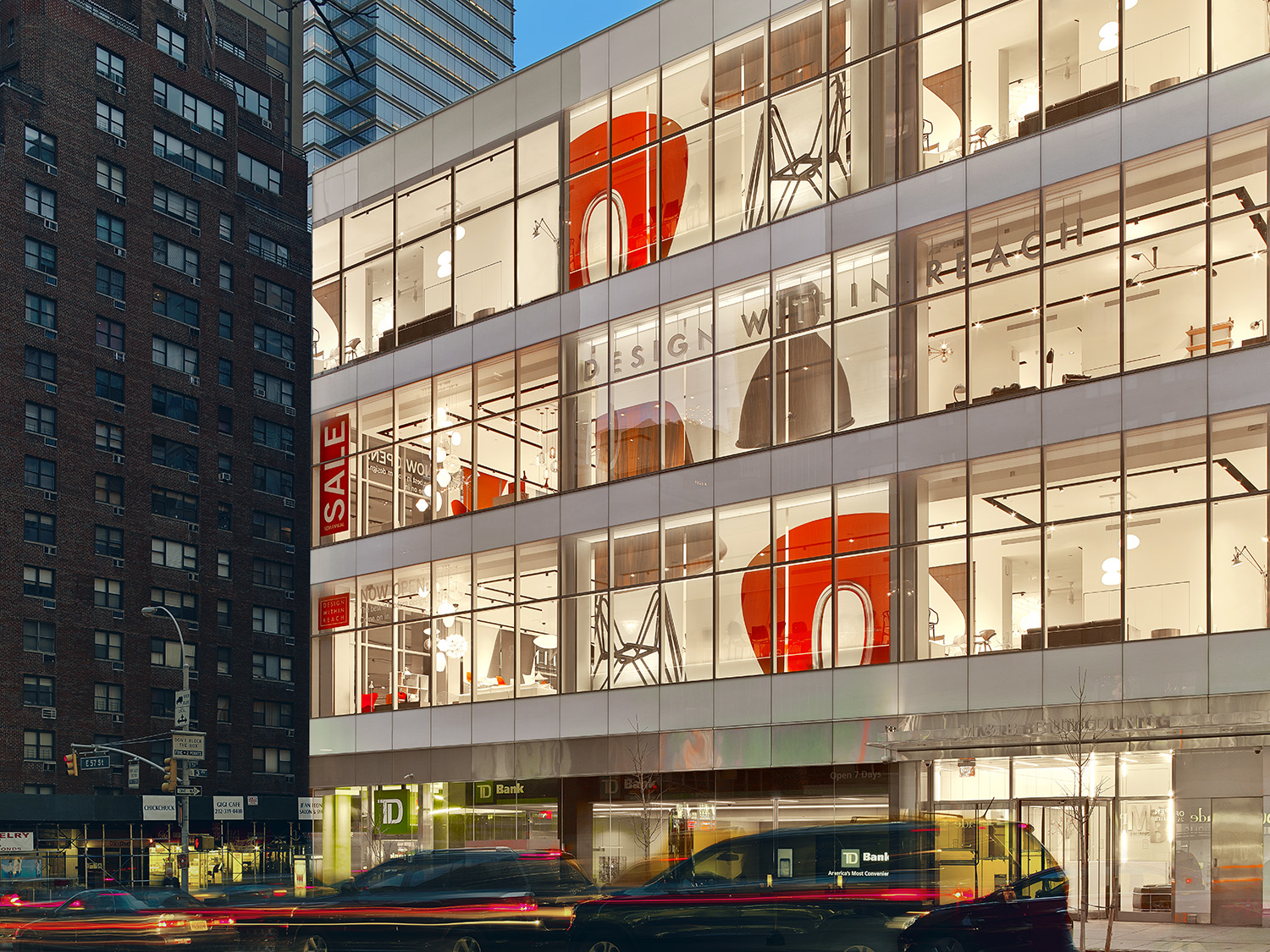