For Mekanism's NYC office, the agency wanted the space to emulate the personality of the brand and its expertise in storytelling through advertising.

Mekanism is an award-winning, independent, full-service marketing agency with offices in San Francisco, New York, Chicago and Seattle. Founded in 2003, the company has created campaigns for multinational companies including Peloton, Ben & Jerry’s, MillerCoors and Alaska Airlines. Previously located in New York’s Financial District, the agency decided to relocate to Hudson Square– a neighborhood with strong potential for creative tenants. TPG was awarded the opportunity to design their new offices located on the second floor of 250 Hudson Street.

The redesign and relocation of Mekanism’s New York office was in part a response to their expansive growth, and they wanted their new location to be just as conducive to fostering collaboration and creativity for their staff. As a well-established agency, Mekanism sought to own their vibrant company culture in their new space by collaborating with the TPG design team.

A variety of ‘wow’ moments can be found throughout the new workplace, which begins in the elevator lobby, with a live moss green wall embedded with the Mekanism logo in neon. The overall design concept was based on the 1960’s Madison Avenue advertising agency era, which gives the office a refined, retro, and sophisticated look. Chandeliers adorn conference rooms named after the popular 90s TV show American Gladiators, that gives a nod to the agency’s independent and creative culture. The funkiness of the brand is emulated through a variety of wall coverings and textures throughout the space. Tiered stadium seating in reception accommodates large town hall gatherings and industry events. The office is also fitted with a variety of support and amenity spaces including huddle rooms, a photo studio, an editing suite, and a fitness center. 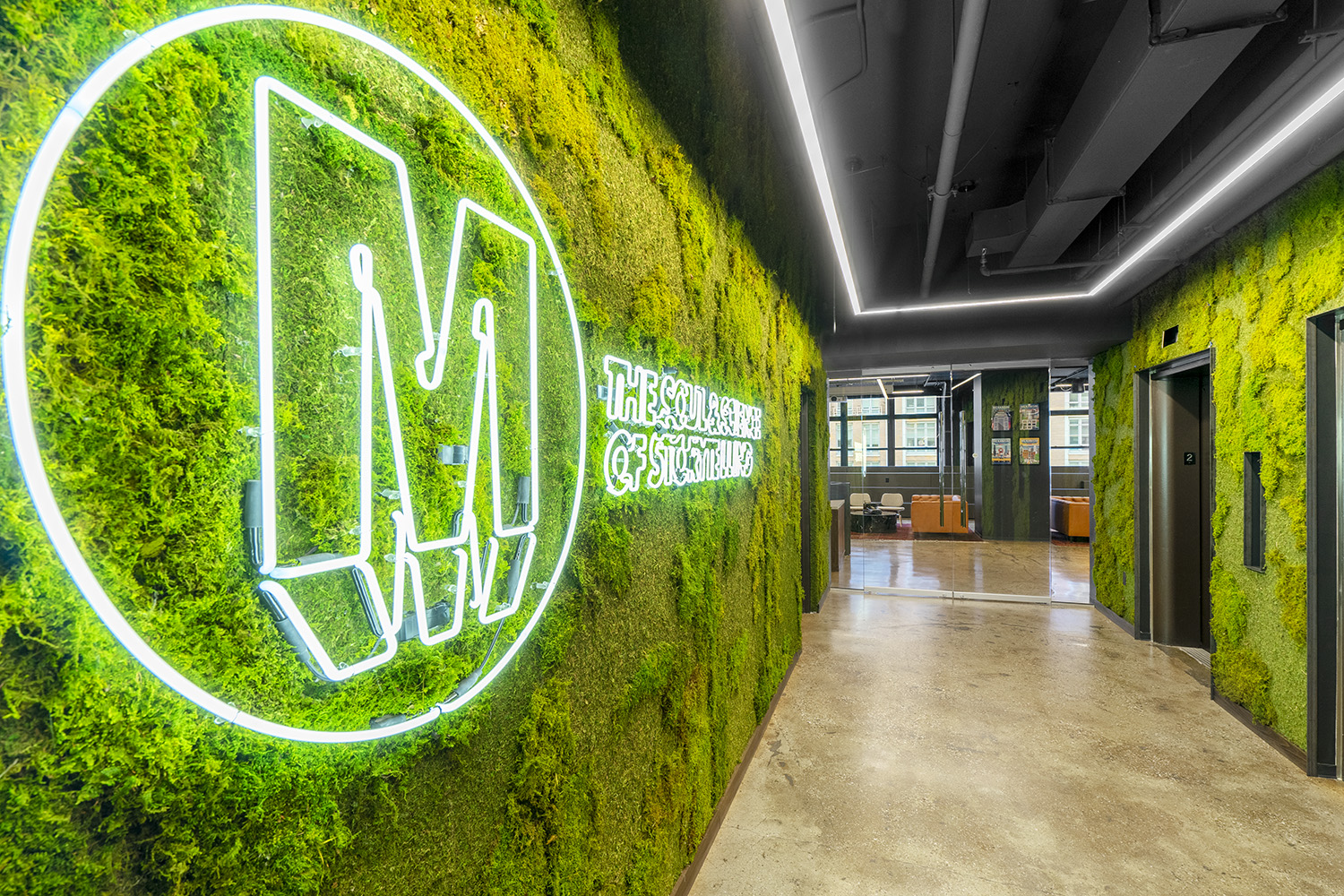 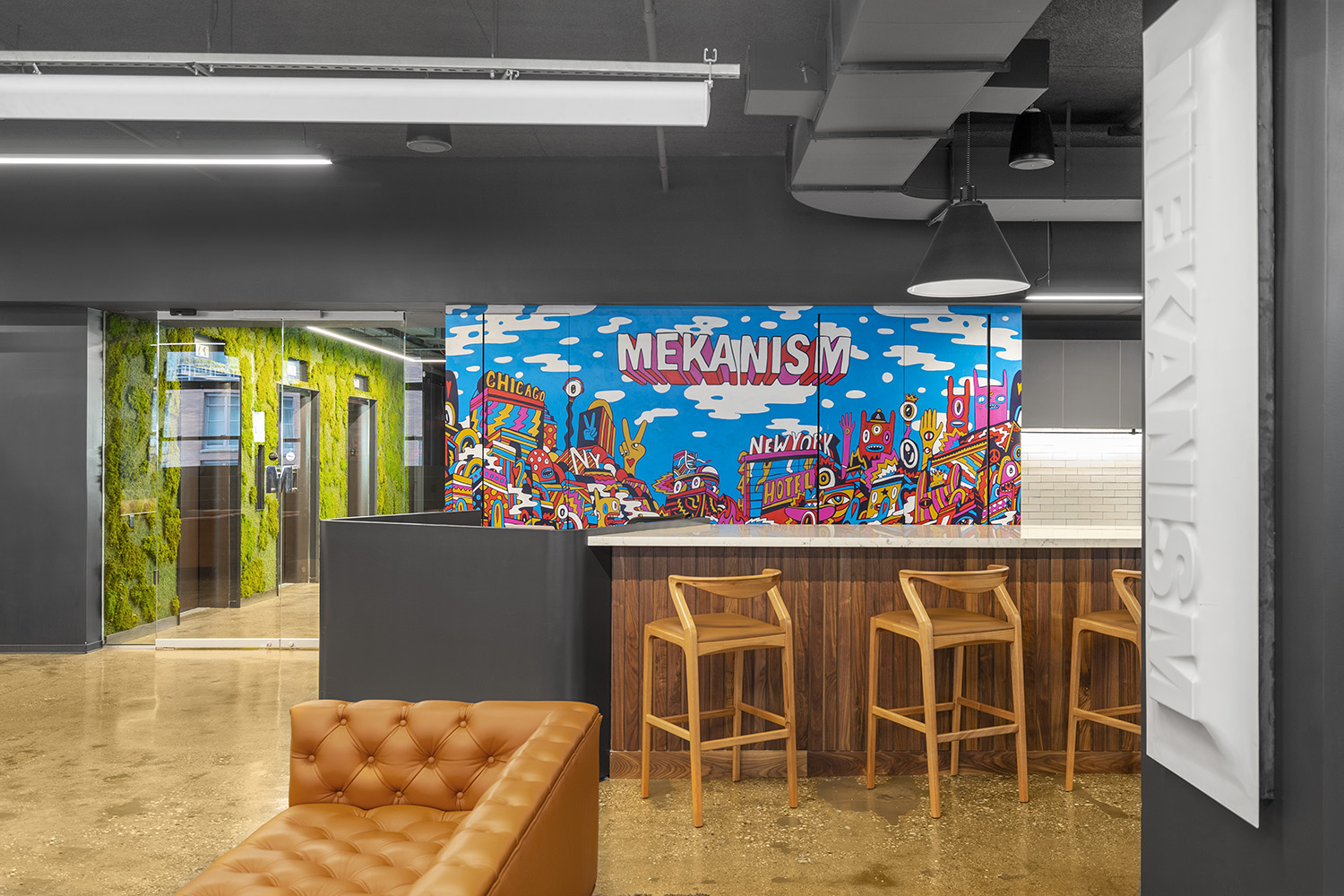 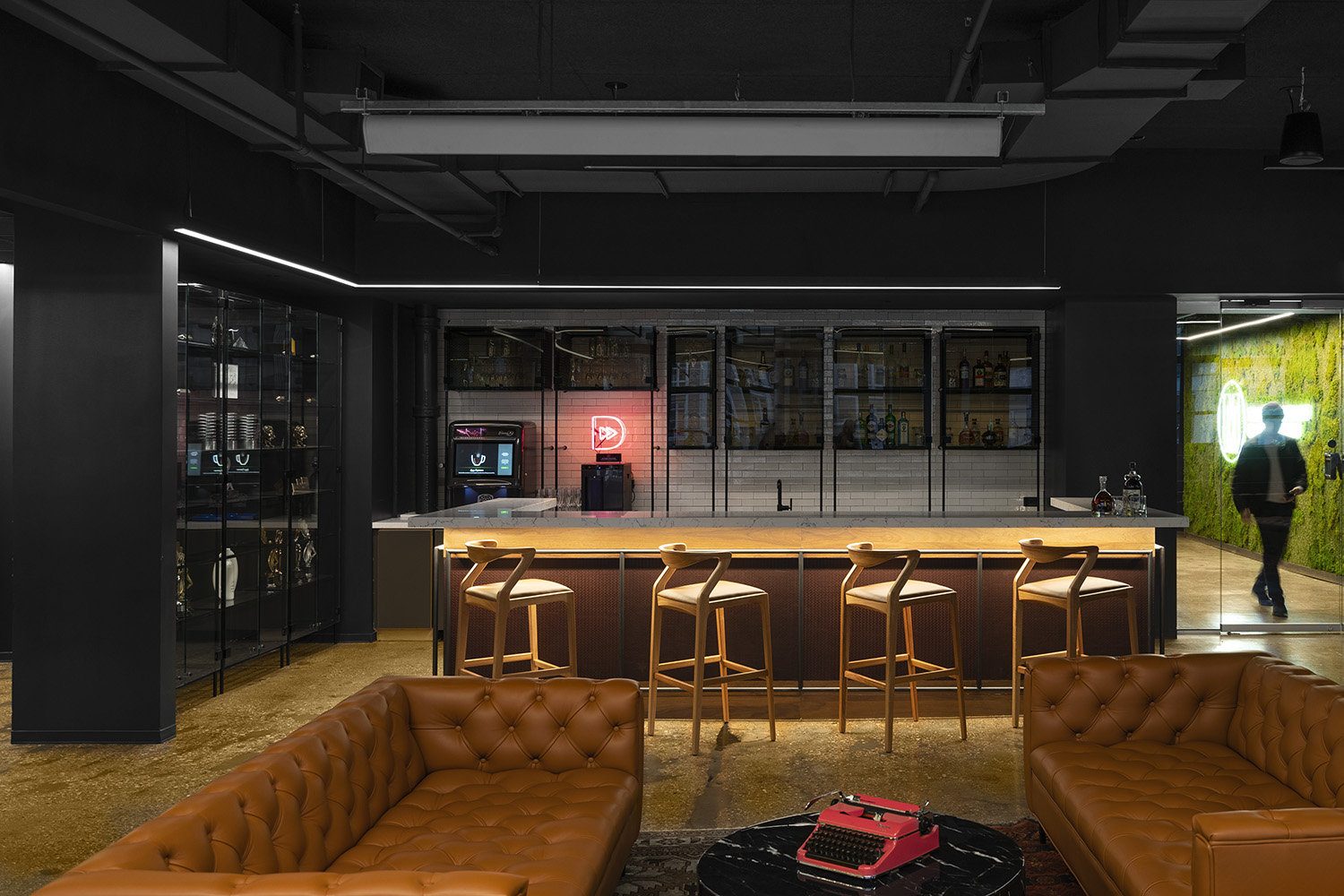 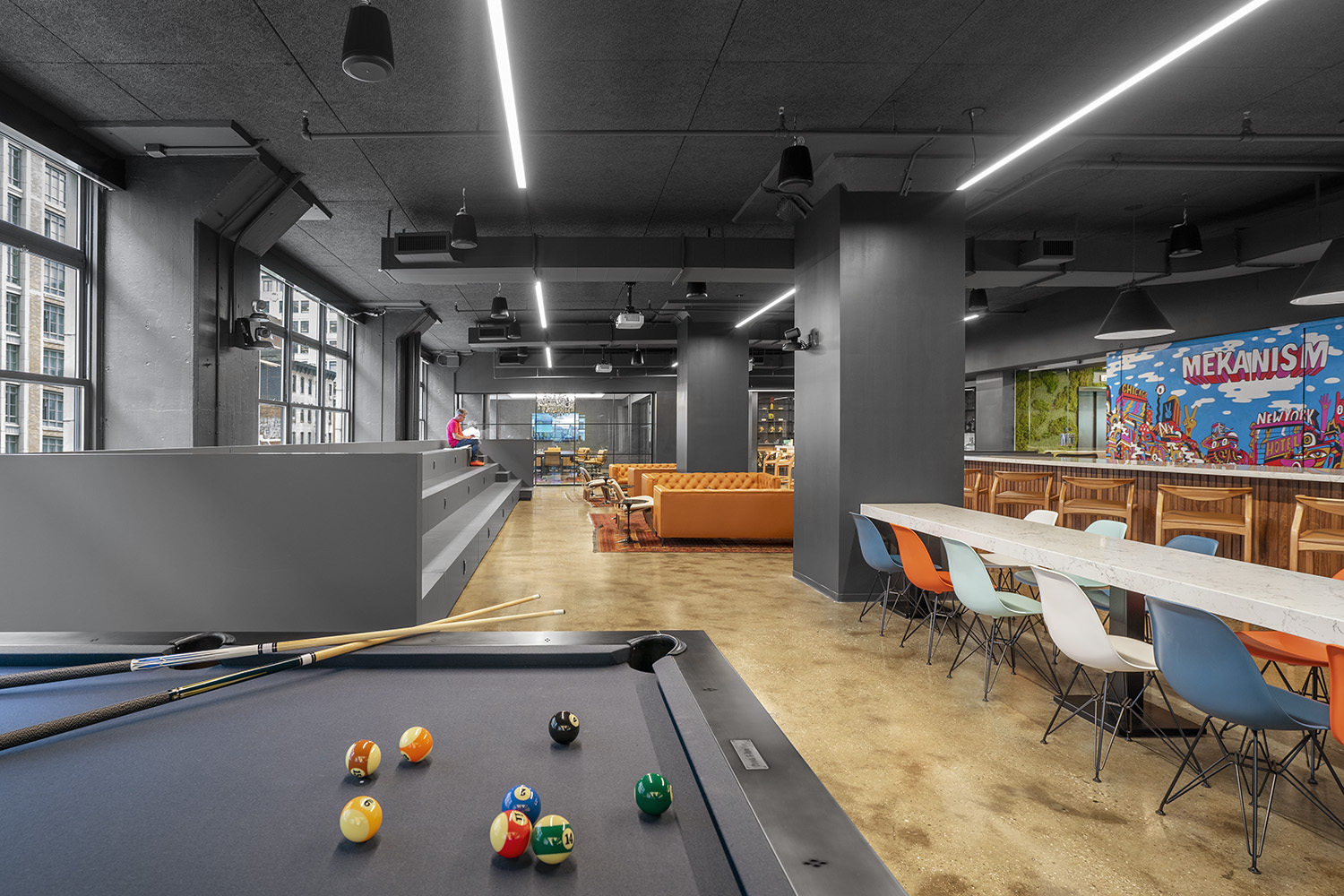 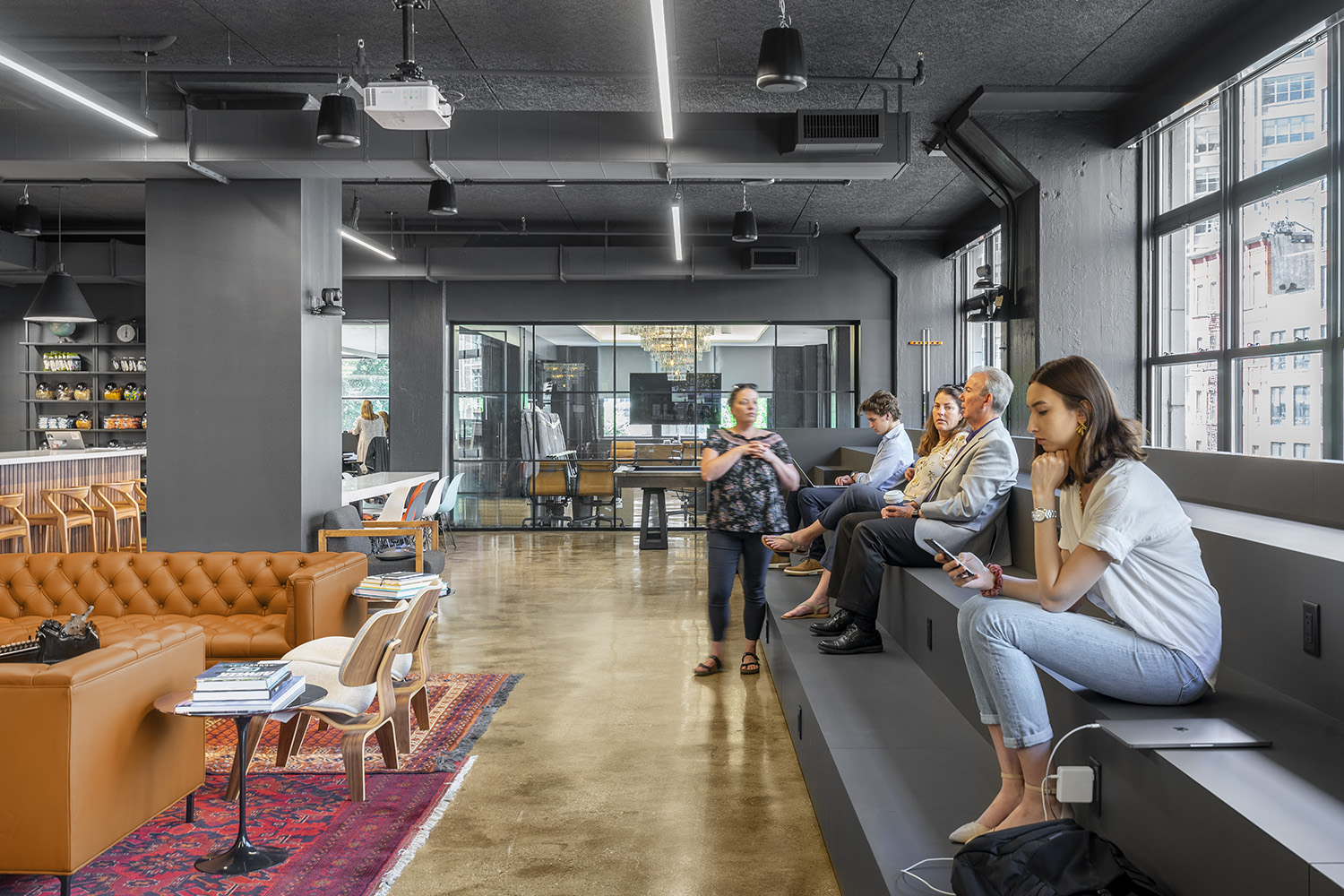 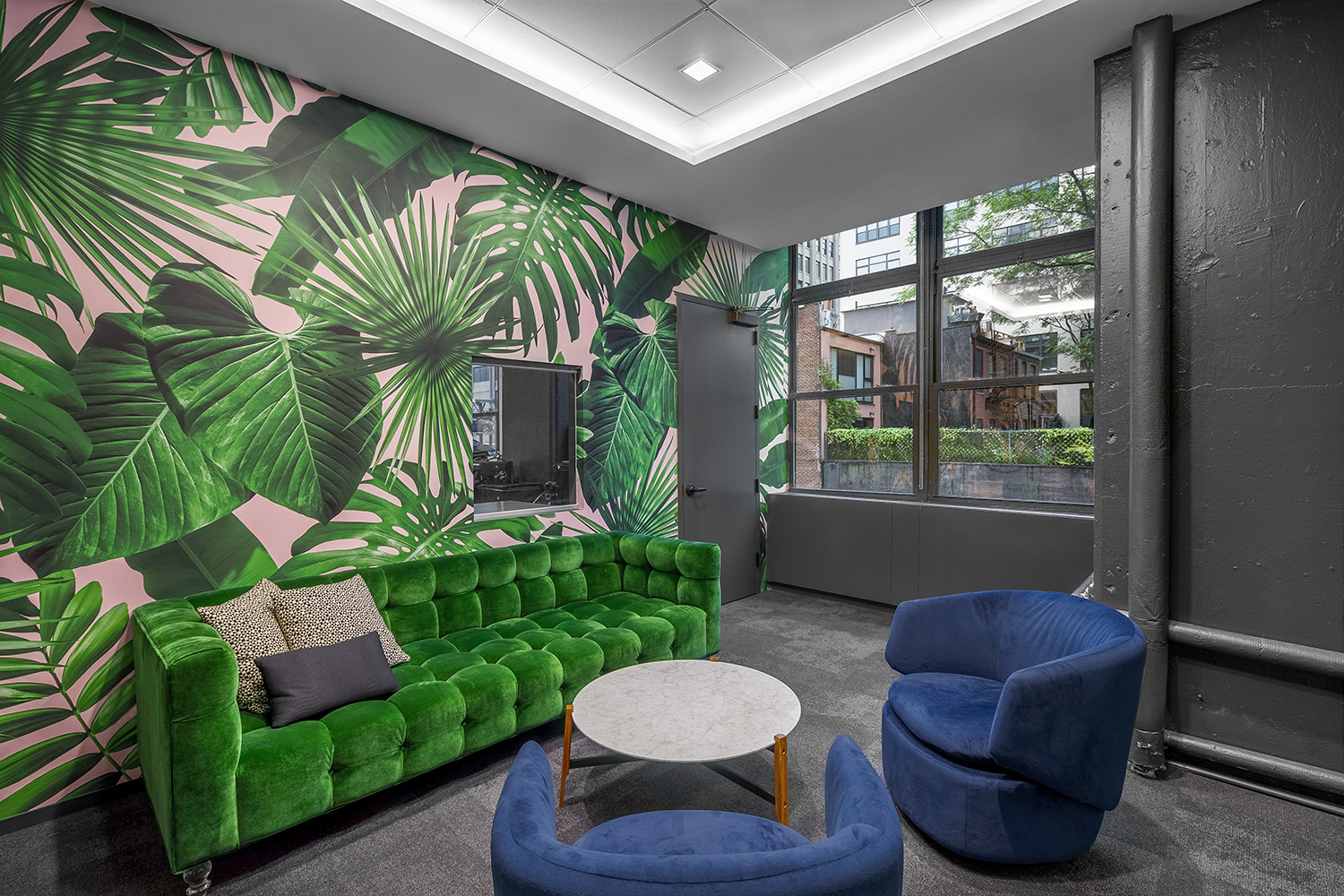 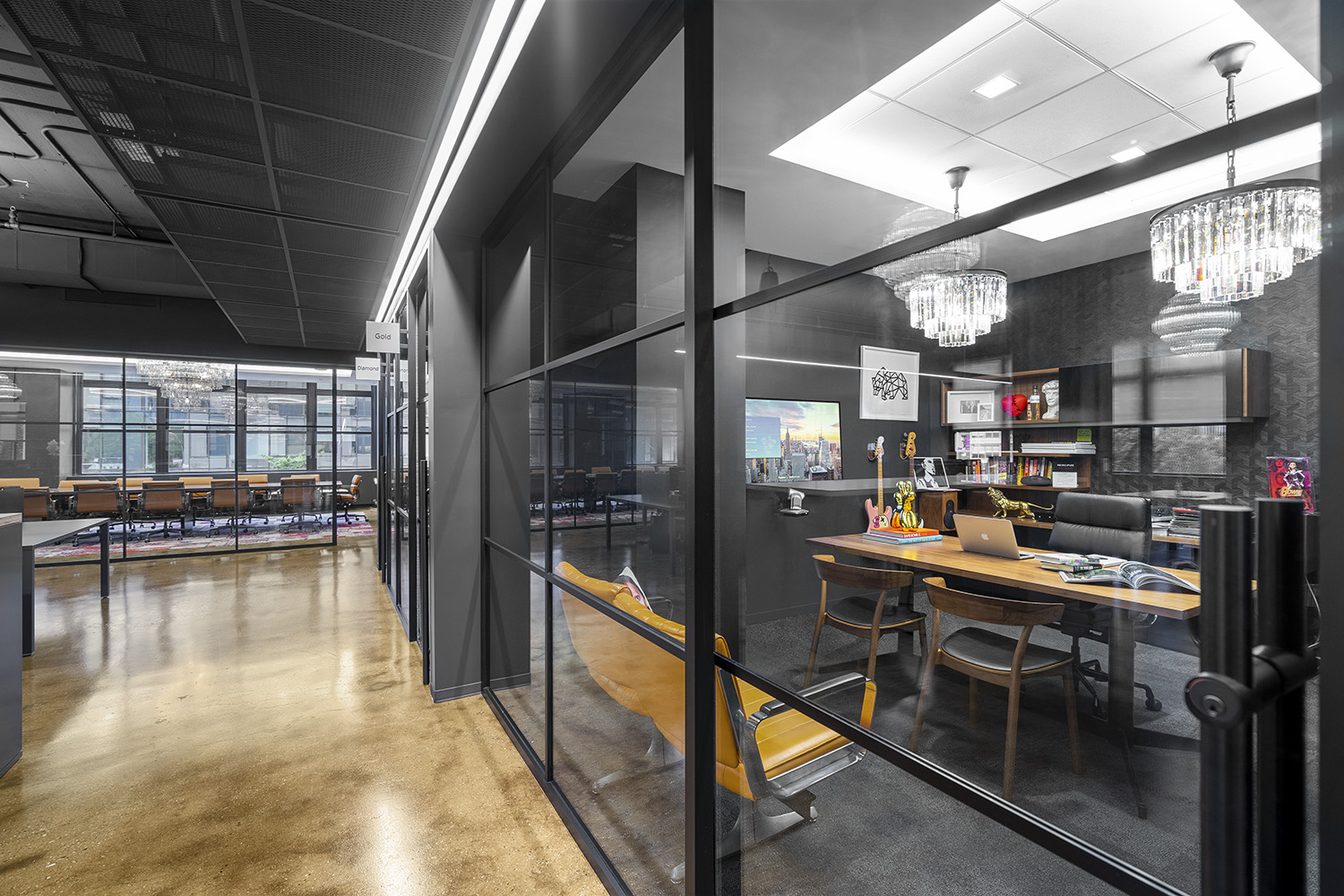 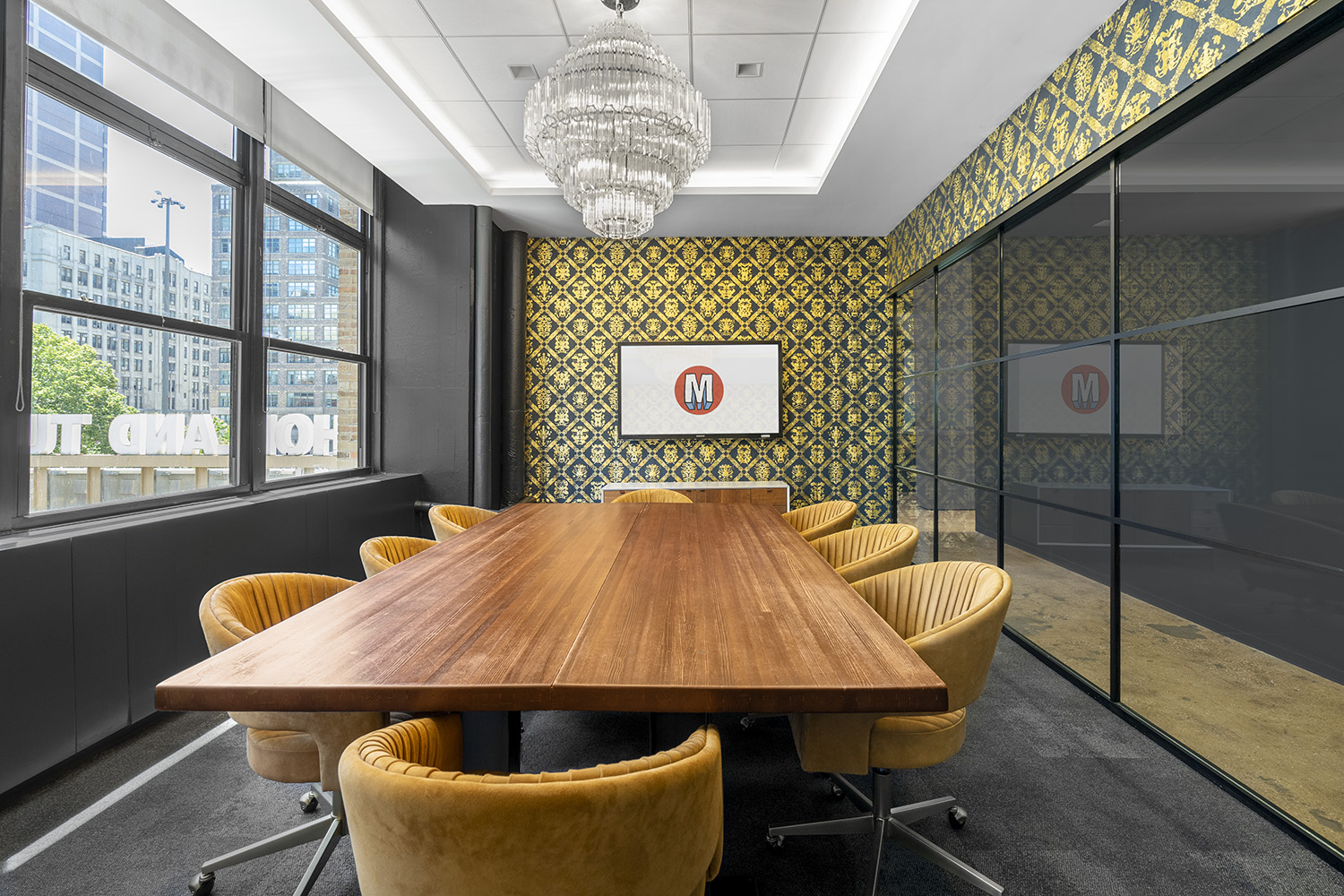 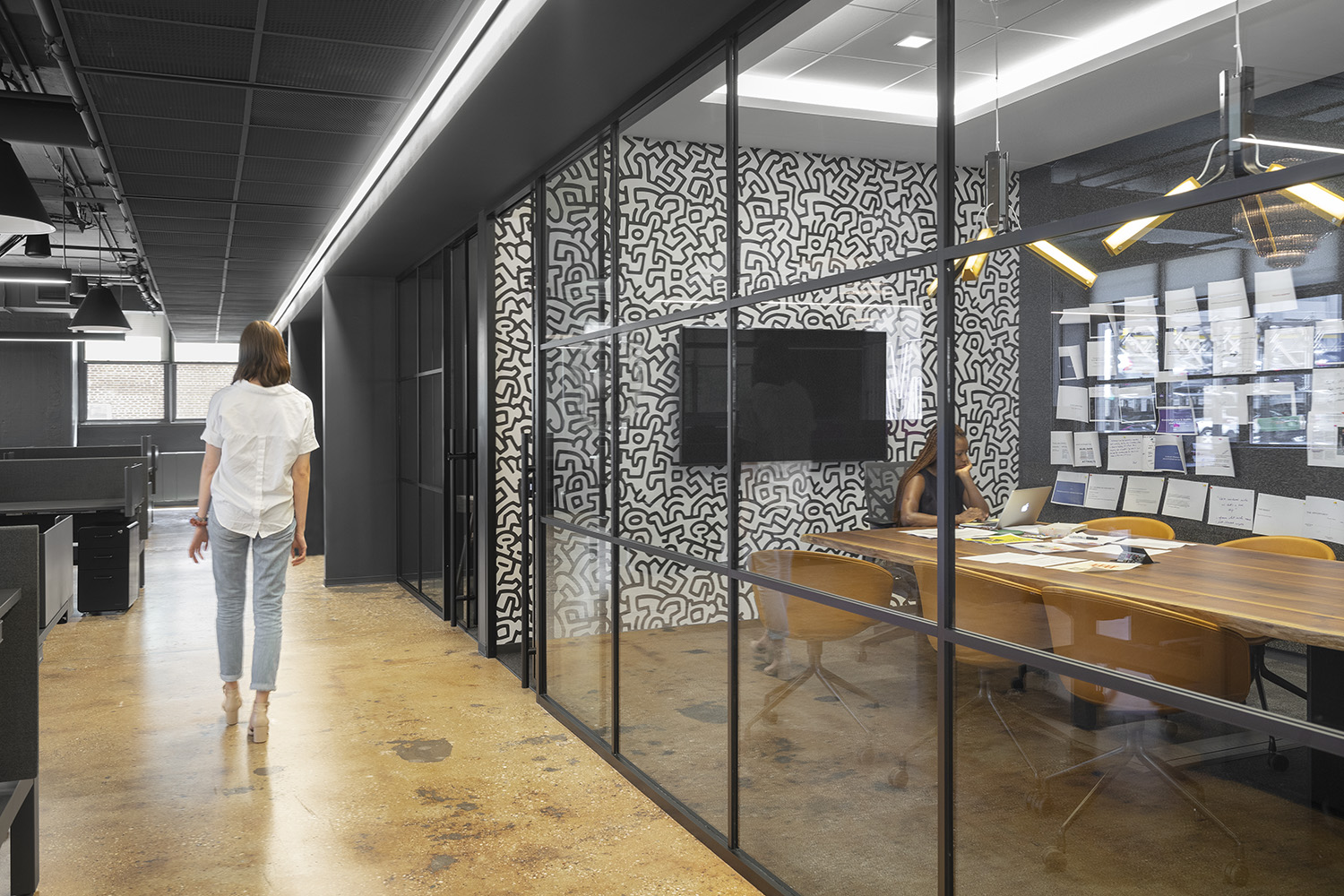 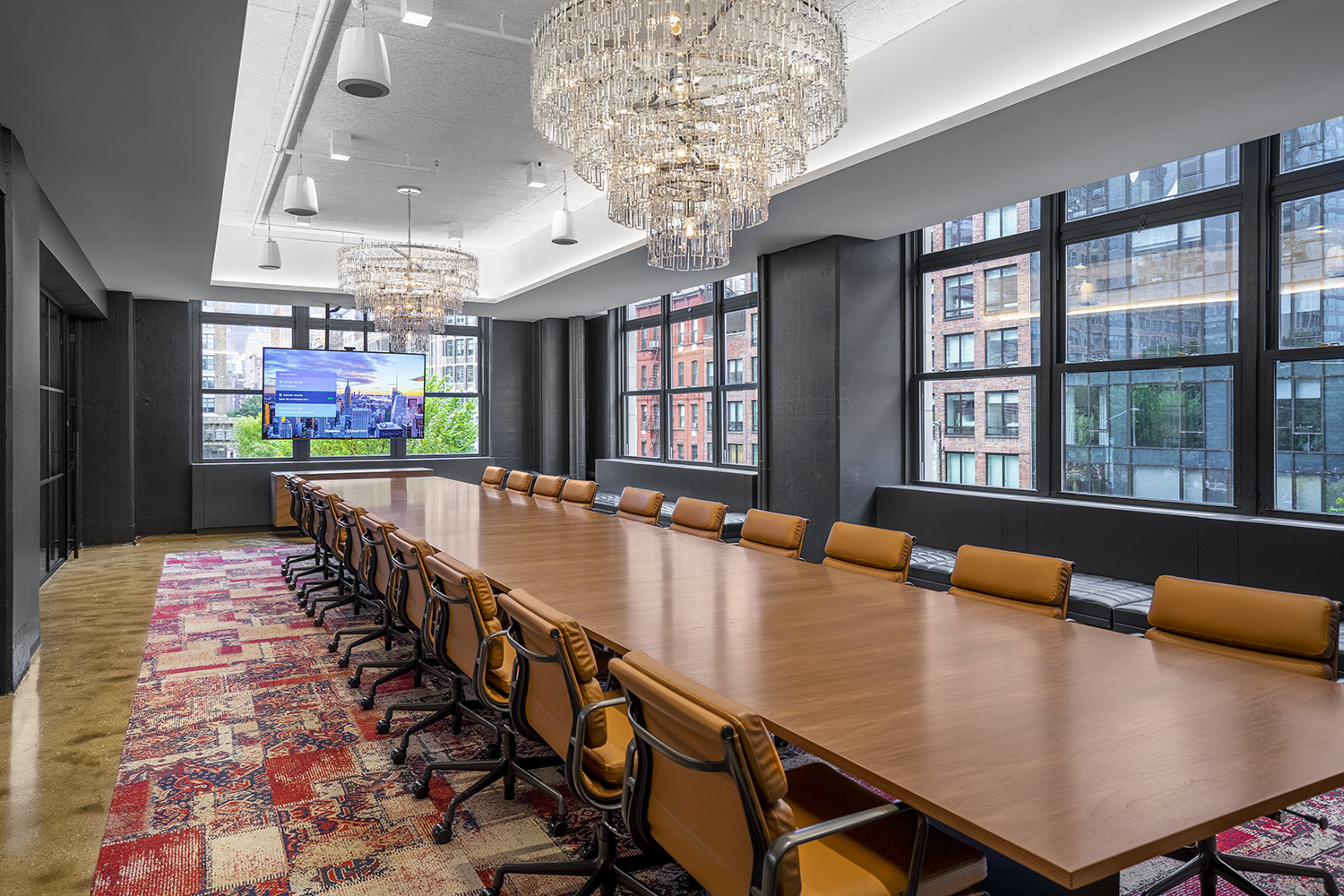